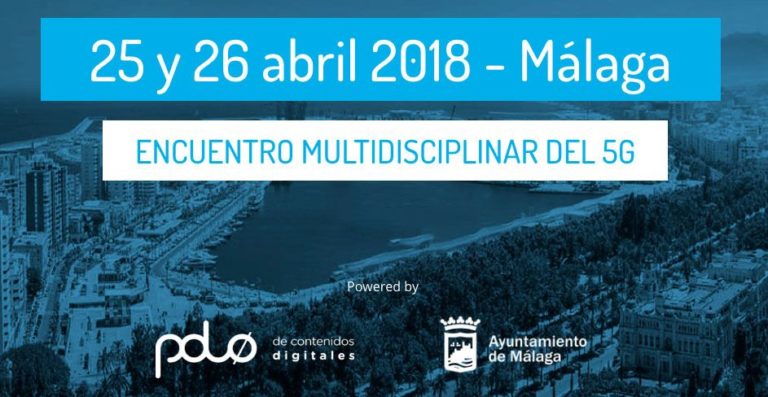 TOMORROW THE 5GFORUM STARTS WITH A FIRST LEVEL AGENDA

Tomorrow, Wednesday 25th April, starts the 5GForum in Malaga, the first multidisciplinary meeting on the Fifth Generation of Telecommunications (5G) to be held in Spain.

For two days, the Digital Content Hub of Malaga will be the scene of an event that will bring together the leading national experts on 5G technology, which is already beginning to be implemented throughout America and by 2020 will be a reality in Europe.

The three main signal transport companies in Spain (Cellnex, Axión and Hispasat) are outstanding sponsors of the 5GForum, which is called to be an annual appointment for experts to share the advances of this new technology year after year.

Multinationals such as Samsung, Nokia and Ericsson endorse this meeting which brought together the three main operators in Spain: Telefónica, Vodafone and Orange.

The public administrations, which are going to play a basic role in the development and deployment of the 5G, have also joined the event at all levels: state (with Red.es and the Ministry of Energy, Tourism and Digital Agenda), autonomous (Andalusian Government), provincial (Diputación of Malaga) and municipal (Malaga and Marbella City Councils).

The applications of 5G to Tourism will be one of the main themes of the 5GForum. The Swiss institution Les Roches sponsors this block of keynotes and round tables in which entities such as the State Society for Tourism and Innovation (SEGITTUR), Costa del Sol Tourism and the Seville City Council will take part, with their recent experiences of Big Data at Easter and at the Feria de Abril.

The automobile industry will also play an important role in this first edition of the 5GForum, with the relevant presence of SEAT, a connected vehicle brought by the Centro Tecnológico del Automóvil de Galicia (CTAG) and the testimony of the president of the Spanish Association of Connected Autonomous Vehicles (AEVAC), who is blind.

Radio Televisión Española (RTVE) will come to the 5GForum to present their work on applications to the world of audiovisual content, especially in the field of news. And its start up accelerator, Impulsa Visión, will explain its collaborative model for technological development in the audiovisual sector.

Health, Telemedicine and Emergency Services will also be addressed in the 5GForum. The project of the “intelligent t-shirt” for emergency cases will be exposed by the specialists of the SAMUR of the Madrid City Council.

In addition, other conferences will deal with the repercussions that 5G technology will have in other fields, such as entertainment on mobile devices. 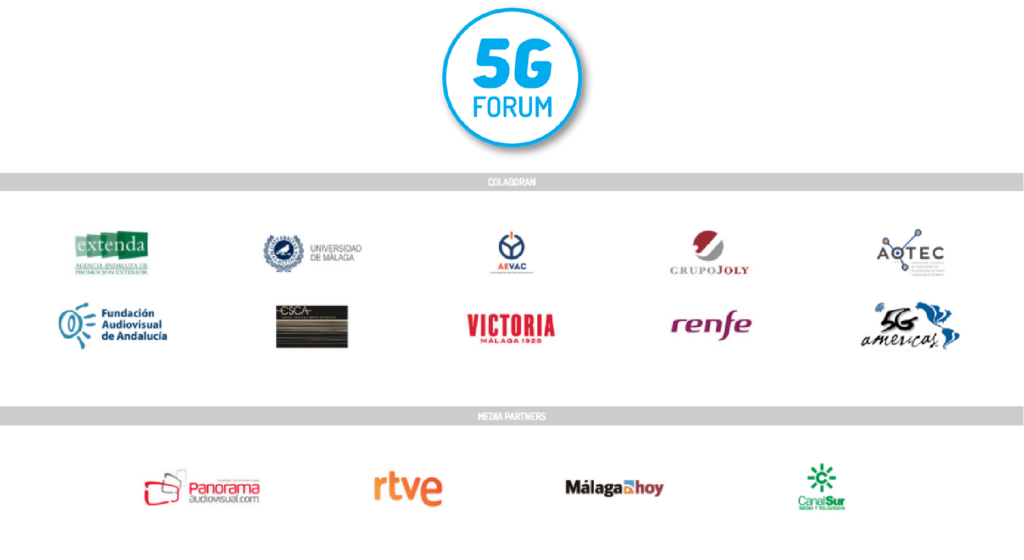 The agenda also includes moments of networking, starting with the welcome breakfast offered by Esca Catering and Grupo Joly, midday cocktails with “Sabor a Málaga”, and at the end of the day the “happy hours” with Cerveza Victoria.

The 5GForum is organized by the production company Medina Media and promoted by the Digital Content Hub and the Malaga City Council.