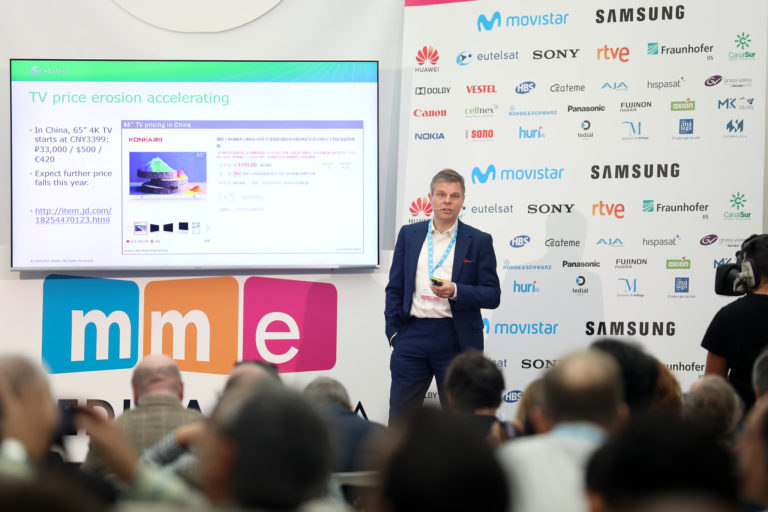 THE WORLD’S LEADING ANALYSTS OF THE 4K, AT THE 4K-HDR SUMMIT IN MALAGA

The world’s leading analysts on the evolution of Ultra High Definition (UHD) will offer their exclusive reports on 4K at the fifth edition of the 4K-HDR Summit, the main international event dedicated to this new technology, which will take place from November 6 to 8 at the National Digital Content Hub in Malaga, organized by Medina Media Events. 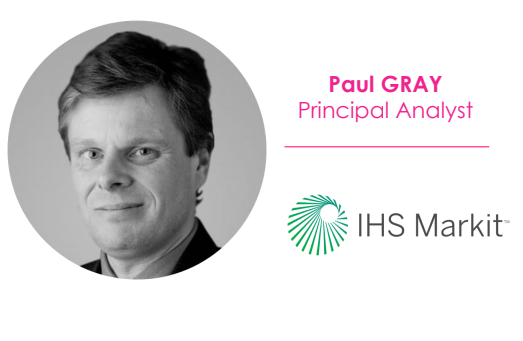 Paul Gray and María Rua, both of the British multinational IHS Markit, with more than 16,000 consultants and 50,000 clients who provide them with data from more than 70 countries, will be in charge of transferring to the 250 exclusive attendees of the 4K-HDR Summit in Malaga, the situation of a market that advances every year with the aim of offering a better image quality to billions of consumers worldwide.

Paul Gray is IHS Markit’s principal analyst on Ultra High Definition, and prior to the 4K-HDR Summit has been chosen to report at Sony’s prestigious 4K-8K Theatre at MIPCOM, the world’s premier content fair, which will take place October 14-17 in Cannes. 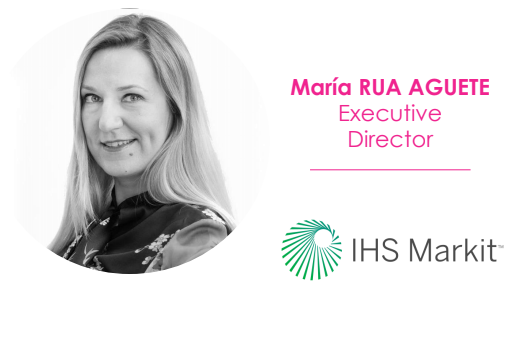 María Rua, Executive Director of IHS Markit, was the analyst selected by the Ultra High Definition World Forum (UHD Forum) to offer the fundamental report on the world evolution of the 4K at the IBC in Amsterdam last September.

In addition, María Rua participated in another roundtable with the president of the UHD World Alliance, Michael Zink, so she can be considered one of the most prominent analysts on the 4K-UHD along with his colleague Paul Gray.

María Rua will be in charge of providing the first report on the 4K on the opening day of the 4K-HDR Summit in Malaga on Wednesday 6 November, while Paul Gray, as usual, will close the event on Friday 8 November offering the conclusions of the more than 30 keynotes and panels offered in the main meeting on the 4K worldwide.

The best speakers from multinationals such as Samsung, Sony, Panasonic, Dolby, Eutelsat, ATEME, Ross Video, etc. meet at the 4K-HDR Summit two months after the IBC in Amsterdam to, in a more exclusive atmosphere, explain to experts the technological novelties of the television and audiovisual market.

Together with them, world-class content producers such as the BBC, NASA, the Olympic Channel (OBS), Mediapro, etc. come year after year to the 4K-HDR Summit in Malaga to share experiences and know-how just a few weeks after MIPCOM in Cannes.

This year, moreover, the fifth edition of the 4K-HDR Summit will coincide with the Malaga 4K Fest, the world’s leading 4K short film festival, which this year has presented 517 works from 47 countries and has the technical direction of the Festival de Málaga, and which offers awards companies committed to the 4K such as Hispasat, AtresMedia, RTVE, Dolby, Fujifilm, SGO, Ad Hoc, UHD Forum and Medina Media 4K, among others.

The 4K-HDR Summit offers a unique opportunity to attend keynotes, panels, workshops and demos, for three days, in which the leading exponents of technology and content of the Ultra High Definition share experiences and make first level networking 100 meters from one of the best beaches of the Costa del Sol in the second week of November.

To attend the 4K-HDR Summit and enjoy everything this world summit on 4K and HDR has to offer, just register here.