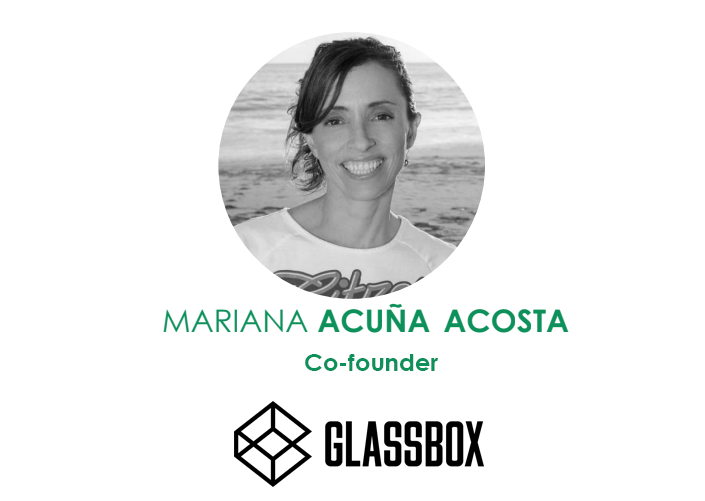 THE LATEST FROM SILICON VALLEY, AT THE NEW TECH OBSERVATORY, ON JULY 17 AND 18 IN MALAGA

Mexican technologist Mariana Acuña Acosta, co-founder of Glassbox Technologies, based in California, will participate in the New Tech Observatory in Malaga to give a keynote on the latest developments in Silicon Valley in relation to Virtual Reality, Augmented Reality, Film Special Effects and Artificial Intelligence.

Mariana Acuña Acosta was one of the featured speakers at the Connect prior to this year’s edition at the NabShow in Las Vegas, and now joins the New Tech Observatory, which will take place on July 17 and 18 at the Digital Content Hub in Malaga.

She was one of the ten finalists of the Women Startup Challenge VR and AI, also appeared in Variety magazine, named one of the 10 best innovators of VR. In January 2018, she completed “Artificial Intelligence – Applied to Business Strategy” at MIT.

Mariana is a technologist, connector and entrepreneur. During her years at The Foundry, she focused on Virtual Reality post-production workflows, in addition to being the Head of Product Specialists in the Americas. Mariana was a pioneer in her hometown, Mexico City, where she founded the first VR and 360 creation agency: JoltVR.

More recently, she founded Glassbox Technologies (formerly Opaque Studios), based in Los Angeles (California), with offices in Melbourne (Australia) and Osnabruck (Germany), where they develop tools for virtual production using VR, AR and AI, transforming the way cinema is made today.

Prior to switching to technology, she worked as a VFX supervisor on the set and has over 13 years experience in the film industry working in studios such as Sony Imageworks, CIS Hollywood, Digital Domain, HBO, Columbia Pictures and Fuse FX.

She appeared in the book Voices of Labor: Creativity, Craft, and Conflict in Global Hollywood, as well as in the acclaimed documentary “Hollywood’s Best Trick”.

The Malaga Observatory is the main multidisciplinary event on New Technologies held in Spain, as opposed to another that is specifically dedicated to disciplines such as Virtual Reality, Augmented Reality, 360, Mixed Reality, Artificial Intelligence, Video Games, Serious Games, eSports, and so on.

To attend the New Tech Observatory you only have to access the registration through the website www.newtechobservatory.com (next opening).