SUTUS 2019 KICKS OFF WITH A FULL HOUSE

The second day of SUTUS 2019, the first international summit on space and underwater tourism, has started this morning in Les Roches Marbella with great expectation on the part of the attendees after the success of the opening day, with absolute full of the auditorium.

The General Director of Les Roches Marbella, Carlos Díez de la Lastra, was the first to speak, talking about the new challenges and the new scenario of tourism today: “Customer Experience”. “We have to show that we are giving value to the customer with our service”, said Díez de la Lastra.

From the European Space Agency (ESA), Bernard Foing has shown the aerospace projects with which they work from this great company, highlighting the beginning of a new mission to send human presence to the moon between 2023 and 2024 for the first time since 1969.

Arthur Paolella, Senior Scientist at Harris Corporation, presented the studies that his company is developing, such as a radio communication system that will connect the International Space Station (ISS) with the Earth, as well as 3D printers that will allow the creation of useful objects to explore space. 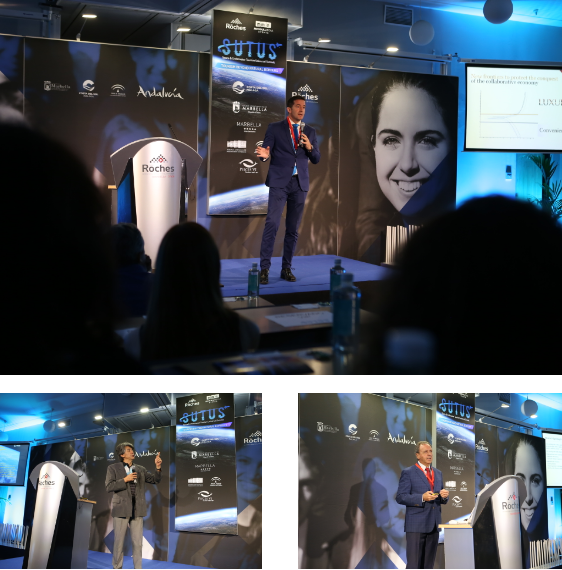 After the mid-morning networking break coffee, the keynotes continued in the auditorium with the participation of coaches and space tourists.

Nancy Vermeulen, private astronaut trainer and founder of Space Training Academy, shared her life story with the attendees: “I knew from a very young age that I wanted to be an astronaut” and she has explained the training programmes she has set up in her academy.

The second day of SUTUS 2019 will end this afternoon with a panel moderated by journalist and writer Cristina Martín in which space tourists will participate and with the thematic block of the underwater world. 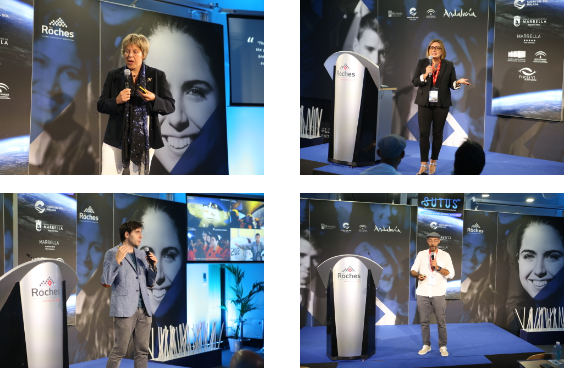 SUTUS KICKS OFF WITH A FULL HOUSE 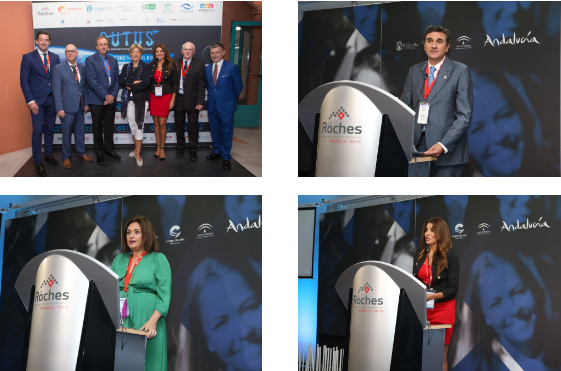 The first international summit on space and underwater tourism, Space & Underwater Universal Summit (SUTUS), started yesterday with a full auditorium, which brought together great speakers, such as Tony Gannon, vice president of Research and Innovation of Space Florida, and Sam Scimemi, director of the ISS at NASA.

The first day has begun with the greetings of Ricardo Medina, CEO of Medina Media Events; and Carlos Díez de la Lastra, General Director of Les Roches Marbella, organizers of the event.

Next, different institutional representatives such as Felix Romero, first deputy mayor of Marbella City Council; Margarita del Cid, second vice-president of the Diputación de Málaga; and Nuria Rodríguez, territorial delegate of Tourism, Regeneration, Justice and Local Administration of the Junta de Andalucía, highlighted to the attendees the importance of tourism for Marbella and the commitment to a new luxury tourism in space and oceans.

The keynotes began with the intervention of Adolfo Favieres, Spain and Latam Ambassador of the World Travel & Tourism Council (WTTC), who spoke about the new challenges and opportunities that tourism currently has.

After Favieres, it was the turn of Tony Gannon, Vice President of Innovation and Research at Space Florida, who stood in the auditorium, making his keynote a dynamic exhibition, exposing the technological advances in the area and its application for environmental conservation.

The last speech on the first day was given by SUTUS 2019 honorary speaker, Sam Scimemi, director of the International Space Station (ISS) at NASA: “a space flight costs around 250,000 dollars per crew member, although only their seat can cost around 80 million dollars”, Scimemi said.

SUTUS 2019 is organized by Les Roches Marbella and Medina Media Events, with the collaboration of EXTENDA (Trade Promotion Agency of Andalusia), as well as Tourism of the Costa del Sol, the Association of Municipalities of Malaga and Marbella City Council.