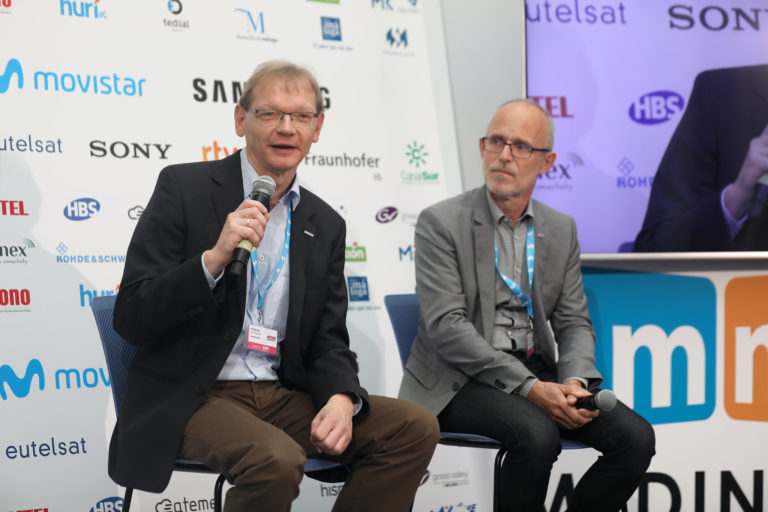 PANASONIC, IN ITS GREAT YEAR 2020, AT THE 4K-HDR SUMMIT IN MALAGA

The Japanese multinational Panasonic will play an important role at the 4K-HDR Summit in Malaga with its sights set on 2020, the year in which it will be one of the technological protagonists of the Tokyo Olympic Games, of which it is the main sponsor and supplier with the cameras that will generate the signal that in Ultra High Definition (UHD) will be transmitted all over the world.

The fifth edition of the 4K-HDR Summit will take place from November 6 to 8 at the National Digital Content Pole in Malaga, with the participation of the main technological multinationals and producers of Ultra High Definition (UHD) content, both 4K and 8K.

The German engineer Stephan Hoffman, responsible for the engineering of the camera systems, will be in charge of representing Panasonic at the 4K-HDR Summit.

“The new Panasonic 8K camera is based on a new technology of organic sensors, which will be used for the first time at the Tokyo 2020 Olympic Games, and which are the future of Ultra High Definition cameras”, Hoffman said at the IBC in Amsterdam where he presented the new range of its products.

More than 300 Panasonic engineers have been working for months in the headquarters of the NHK, the Japanese public television, responsible for producing the signal that will be offered to everyone through open channels, pay channels such as Eurosport, platforms such as Twitter or DAZN, and so on.

Stephan Hoffman‘s keynote will take place on the second day of the 4K-HDR Summit, Thursday 7th November, at 3:30 pm.

Panasonic is celebrating its 100th anniversary, commemorating its foundation in September 1918, with excellent economic results both in Spain and Latin America, where its products in 4K, especially cameras, have had excellent acceptance among producers for their value for money and their response to technical service and maintenance.

To attend the 4K-HDR Summit and enjoy all that this world summit on 4K and HDR has to offer, just register here.

In addition, attendees to the 4K-HDR Summit will be able to get to know free demonstrations and workshops, expressing all their creative and professional possibilities and sharing in real time their impressions with other attendees. Register to visit the Demo Area and Workshops for free here.