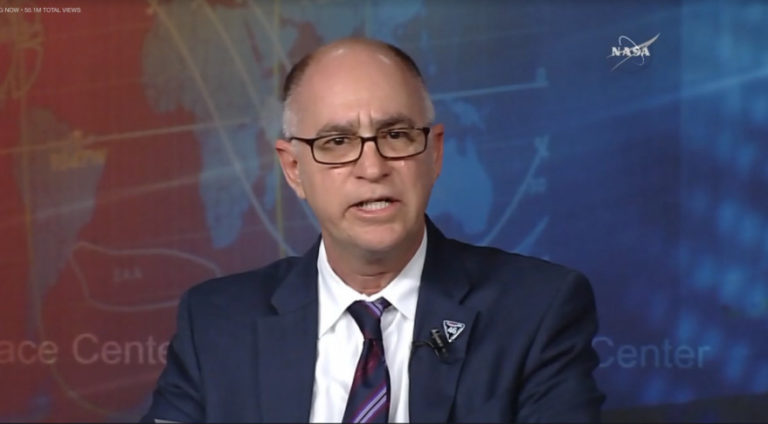 NASA CONFIRMS ITS PARTICIPATION IN THE MAIN EVENT ON SPACE AND UNDERWATER TOURISM: SUTUS 2019

Sam Scimemi, Director for International Space Station (ISS) at NASA Headquarters, has confirmed his presence as speaker of honor at SUTUS (Space & Underwater Universal Summit) during the 23rd and 24th of September, an exclusive event organized by Medina Media Events and Les Roches.

SUTUS is the first international event that brings together experts on the two major challenges of luxury tourism: space and oceans. Scimemi will be joined by speakers of the level of Tony Gannon, Vice President of Research and Innovation from “Space Florida”, and Arthur Paolella, Senior Scientifist at the Harris Corporation.

Among his duties as director of the ISS within the Human Exploration and Operations Mission Directorate, he is responsible for safe and productive onboard operations and utilization, and implementing policy and programmatic direction.

He collaborates regularly with the White House and Congress, as well as with leaders of international space agencies around the world on issues related to human space flight.  He has been instrumental in the development of NASA’s plans for human exploration beyond LEO (Low-Earth Orbit) and for the development of a commercial market in LEO.

Sam Scimemi has been a leader in human spaceflight for over 30 years.  He started his career at Johnson Space Center on the Shuttle program and has since worked at four NASA centers: Johnson Space Center, Ames Research Center, Goddard Space Flight Center and Headquarters.

His experience spans human space flight, Earth and space science, including programs such as the Space Shuttle, Hubble, the Space Station, SOFIA, NPP and many others.

What’s LEO? What ISS marketing plans does NASA have? When will the International Space Station start receiving tourists? What activities will space tourists be able to carry out? These and many other questions will be answered in SUTUS.

Completing the block dedicated to space will participate in SUTUS 2019 speakers such as Nancy Vermeulen, founder of “Space Training Academy“; Ana Bru, first space tourist selected by Virgin Galactic and owner of the exclusive travel agency BRU&BRU; the civil astronaut Eduardo Lurueña; José Mariano López-Urdiales, founder of Zero2Infinity; and Ángel Jané, selected to establish a colony on Mars within the program “Mars One”, where they will tell their experiences.

In addition to the keynotes of this unique event in the world, attendees and students visiting those days Les Roches, will enjoy one of the most successful experiences of Virtual Reality has had in the recently held New Tech Observatory in Malaga.

The company 2FEEL 3D will offer an interactive Virtual Reality experience of about 5 to 10 minutes to commemorate the 50th anniversary of the landing to the moon. It will recreate the moment when man steps on the moon, reliving that very moment.

SUTUS is powered by Les Roches and is organized in collaboration with Extenda (Trade Promotion Agency of Andalusia). Tourism and Planning Costa del Sol participate as an instutional partner.