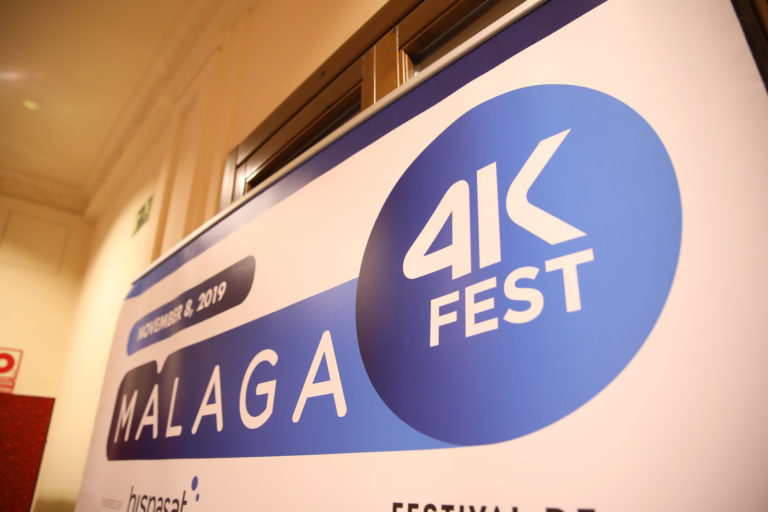 MÁLAGA 4K FEST DELIVERS ITS AWARDS, SELECTED FROM MORE THAN 500 WORKS OF 50 NATIONALITIES

The festival of short films in 4K-UHD opens the inscriptions for its second edition, whose awards ceremony will be on November 20, 2020

The Albéniz Cinema hosts today from 7:00 p.m. the gala awards of the Málaga 4K Fest, international festival of short films in 4K-Ultra High Definition (UHD) organized by Medina Media Events and whose technical direction runs from this year in charge of Festival de Málaga. This incorporation has given a decisive boost to the internationalisation of this initiative, which was launched in 2015 by the Spanish satellite company Hispasat. Málaga 4K Fest has, among others, the support of companies that have been betting on 4K for years, such as RTVE, Atresmedia (Atreseries), Dolby, Ad Hoc Studios, Fujinon, SGO, Hispasat, Medina Media 4K and the UHD World Forum, which sponsor the seven awards.

The gala, with free entrance until full capacity, has the presence of the mayor of Malaga, Francisco de la Torre, the CEO of Medina Media Events, Ricardo Medina, the director of Festival de Málaga, Juan Antonio Vigar, and representatives of the sponsoring companies. Some of the most important directors of the 4K technology and content industry worldwide will attend, who attend the 4K Summit every year and in this way will pay tribute to the young creators who are beginning to work with Ultra High Definition. After the awards ceremony, attendees will be able to enjoy the screenings of the winning short films.

During the Málaga 4K Fest Awards Ceremony there will also be a presentation of the UHD Spain Association (a non-profit association of which companies and professionals interested in the development of Ultra High Definition in Spain can be part), and the next edition of the Malaga 4K Fest Festival will be announced.

The jury has chosen the winners from among the 21 finalists selected by a committee of Festival de Málaga experts, after receiving a total of 517 works. This figure quadruples that of the last edition, when 127 entries were submitted. The countries of origin of the works have also increased, going from 17 to 47. This jury was formed by:

The winners of this edition of Malaga 4K Fest in the seven categories are:

As of today, the registration for the second edition of Málaga 4K Fest, whose awards ceremony will take place on November 20, 2020, opens.