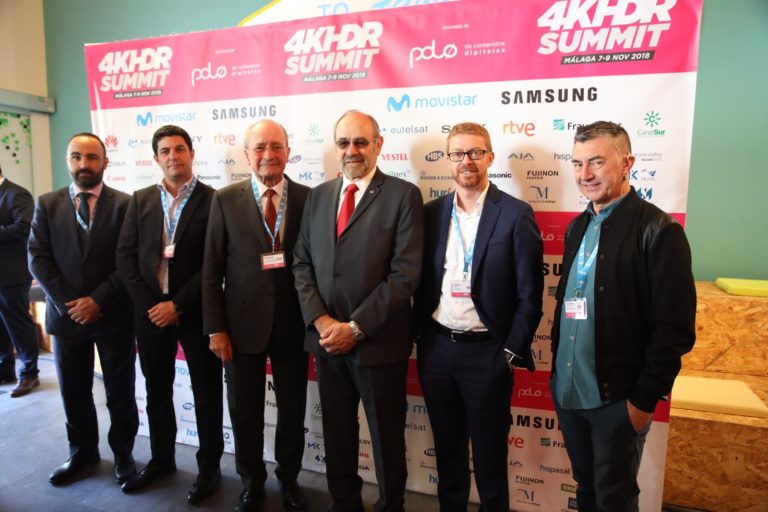 Great success on the first day of 4KSummit 2018

Today, November 7, has started the 4K Summit 2018, the world summit of 4K-UHD that will bring together, during three days, experts, companies and attendees from more than 20 countries in the Digital Content Hub of Malaga.

In the first day of the 4K Summit 2018 the most relevant has been the presence of the Mayor of Malaga, Francisco de la Torre and other personalities, such as Councillor for Innovation and New Technologies, Mario Cortés, Carlos Fontanot of NASA, the president of Movistar+, Sergio Oslé, and Nacho Monge of Samsung who have accompanied him in his visit to the Demo Area and in the opening session of the event.

Francisco de la Torre highlighted that “Malaga is a committed city to innovation. The 4KSummit is an opportunity for networking, knowledge and to see new horizons”.

Sergio Oslé, president of Movistar+, was in charge of the inaugural speech of the 4KSummit. He spoke about the changes produced in television consumption habits: “5 years ago only 5% was TV on demand, but now the figure has grown to 20%”.

Hans Hoffmann, head of the unit on Media Fundamentals and Production technology at the European Broadcasting Union, told us about what’s new at 4K-HDR in 2018. 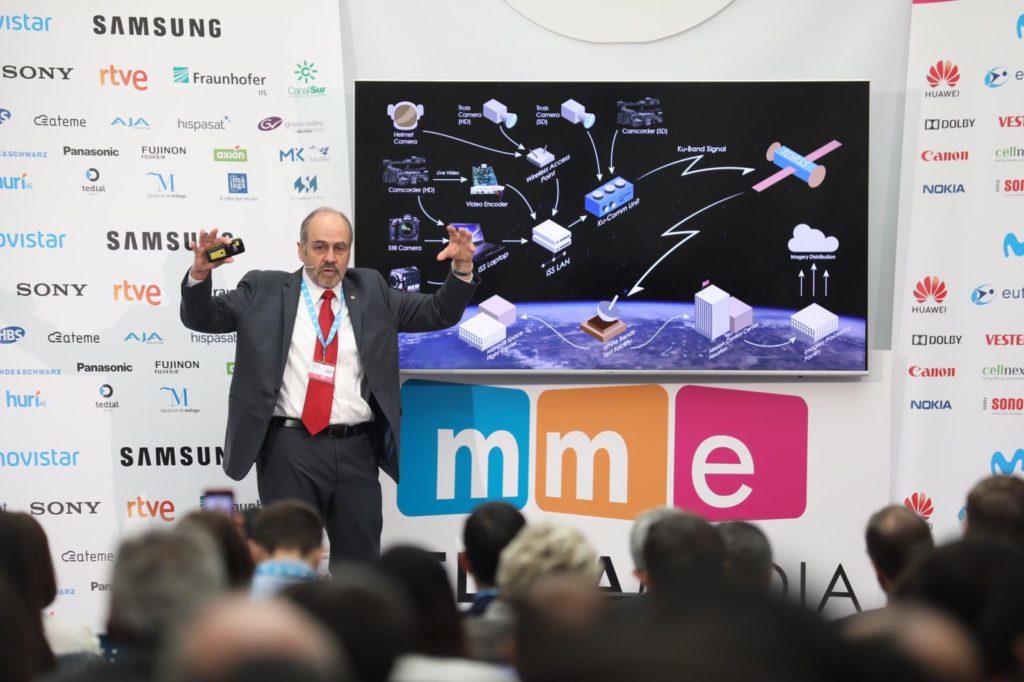 One of the most eagerly awaited novelties of 4KSummit 2018 has been the presence of Carlos Fontanot, NASA’s Imagery Manager of ISS, who has shown us NASA’s experiences in 4K and 8K, with images of the International Space Station: “We are always open to innovate to create technology”, “Our HDR channel shows in images the greatness of space”. 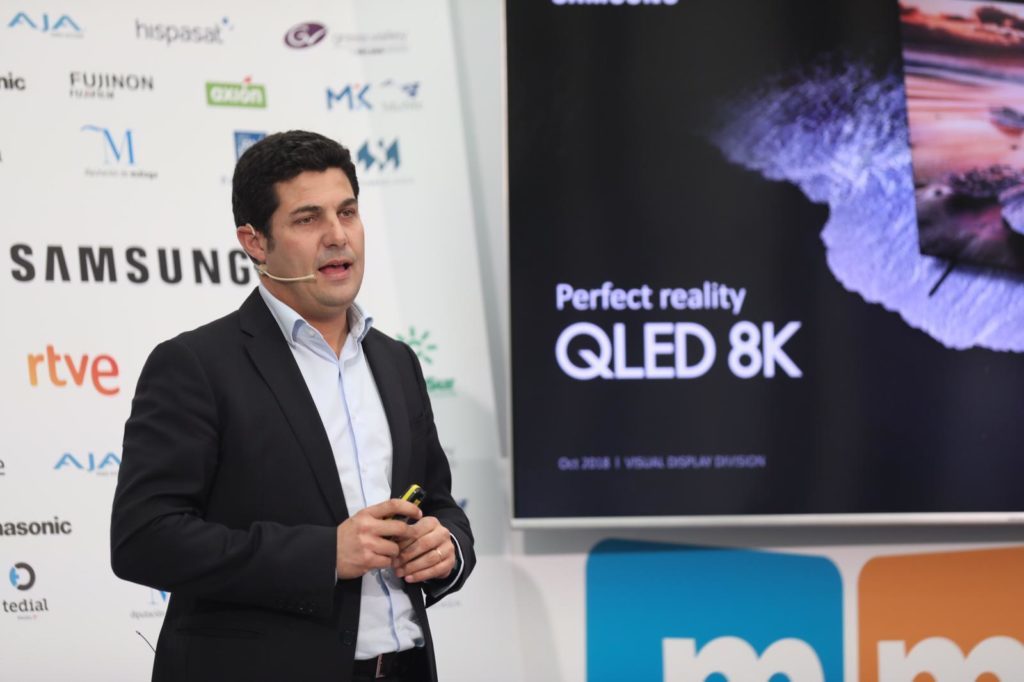 Nacho Monge, TV & AV Marketing Manager of Samsung, has presented its QLED 8K technology with Artificial Intelligence, unique in Spain: “The best quality and experience at the level of images ever achieved” and has explained the trends of the audiovisual market: “In 2020 more than 85% of televisions will be 4K”. 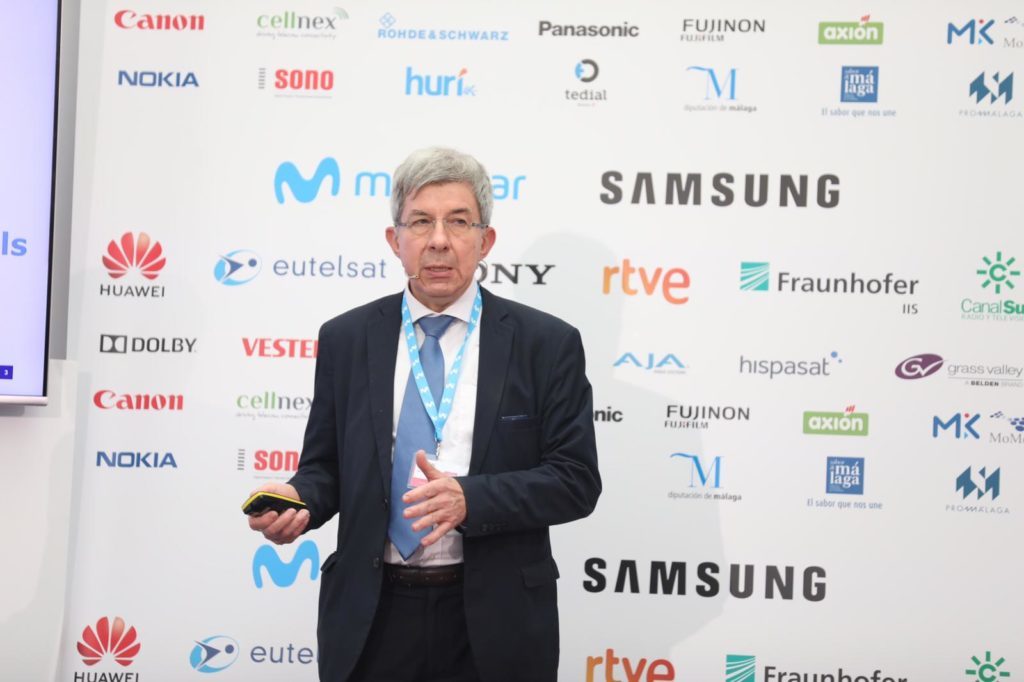 Michel Chabrol, Senior Vicepresident New TV Formats of Eutelsat has presented to the audience his perspective on the evolution of UHD channels worldwide: “There is an increase in UHD channels in the world. In about 6 months the UHD channels have increased by 19%”.

On the other hand, Mohammed Hamza, senior Analyst of Kagan, has presented his report on 4K worldwide: “The 4K UHD has a very important role, although the transition to 4K will be slow and progressive”. 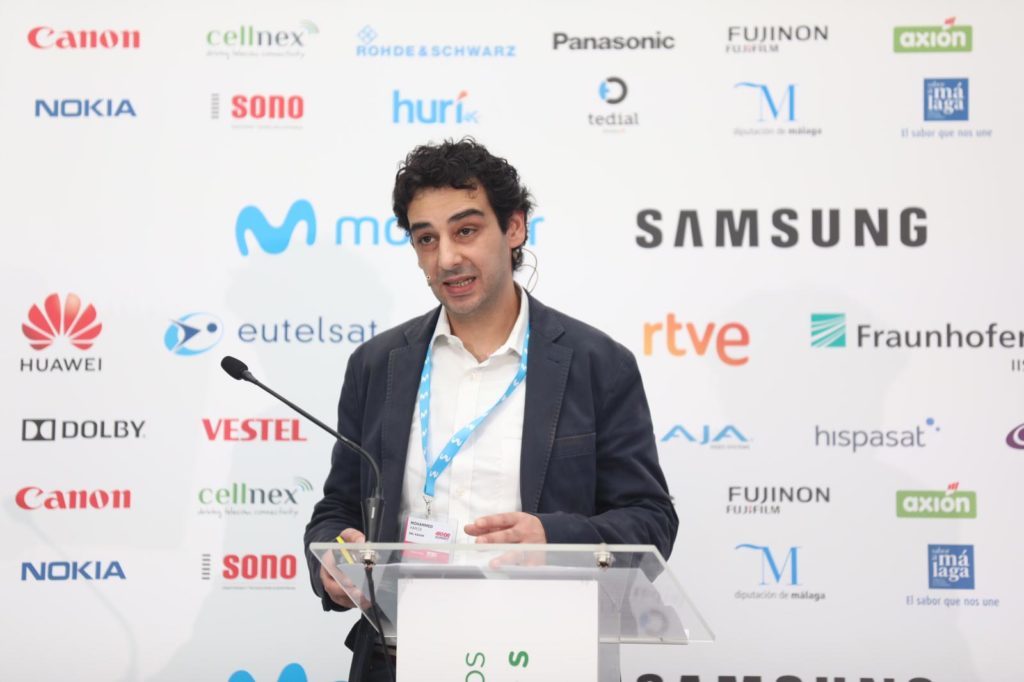 Luisa Penabaz, Programming Manager of RTVE, was in charge of putting an end to the morning of the first day of 4KSummit 2018, showing images of the different 4K productions made by RTVE, such as the series ‘Heritage Cities’ or the documentary ‘Murillo, the joy of the Baroque’. 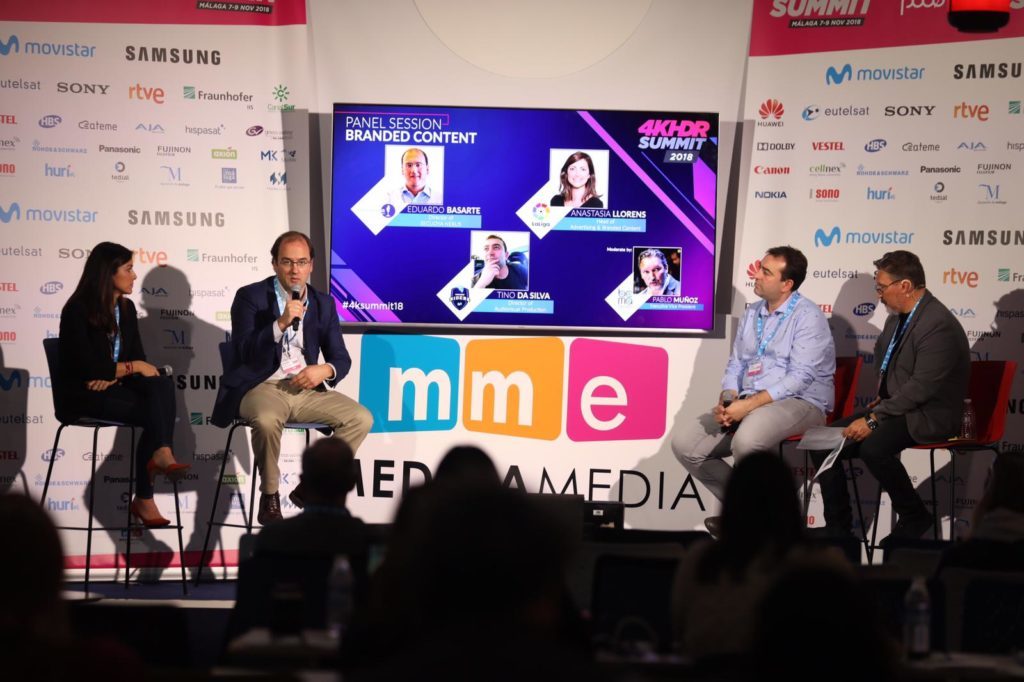 The Branded Content Marketing Association (BCMA Spain) was the protagonist of the previous open day organised this year as a novelty at the 4K Summit.

The new BCMA Vice President of Communications and Events, Eduardo Basarte (Director of Secuoya Nexus), has contributed his extensive experience in the Vocento and Unidad Editorial Groups.

Anastasia Llorens, Director of Advertising and Branded Content at LaLiga, the Spanish football competition and Tino Da Silva, Director of Audiovisual Production at Movistar Riders, Movistar’s eSports team, also participated in a panel sessions on Branded Content: “Brands must take on a new role. Not everything a brand does is advertising”, they explained. 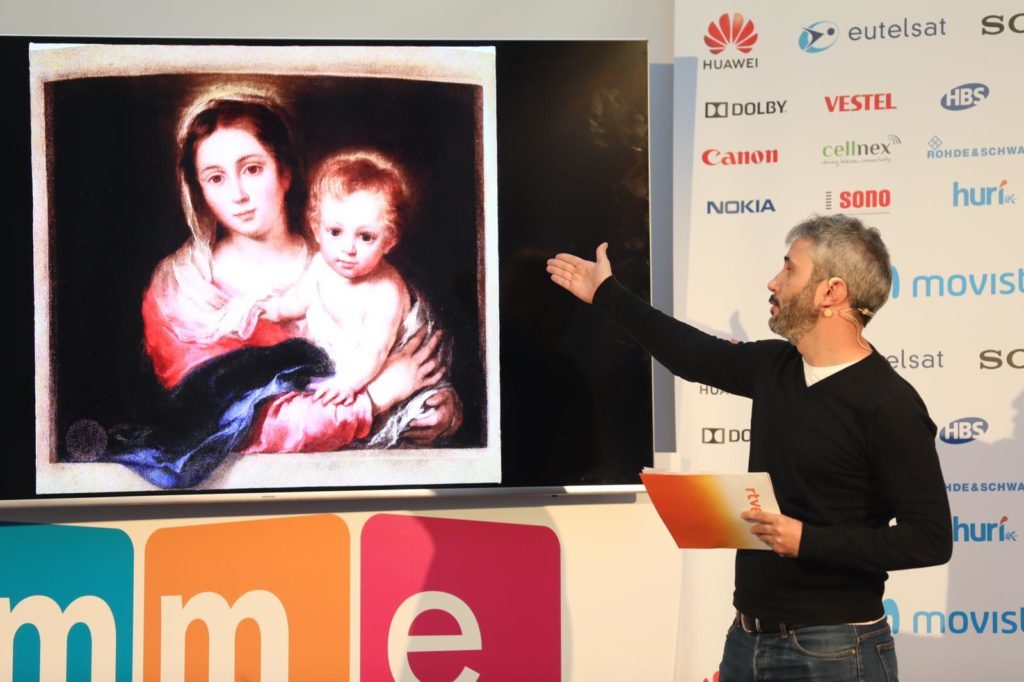 Alberto de Prada, director of the RTVE Documentary Archive, explained the novel project of remastering emblematic works of TVE in 4K HDR, such as the series ‘El Quijote’, directed in 1992 by Manuel Gutiérrez Aragón and starring Fernando Rey and Alfredo Landa: “For the last 5 years RTVE has been strongly committed to 4K. We have made multiple contents, acquiring a high level of expertise in this new standard”.

RTVE has also presented in the open day of the 4KSummit 2018 its last production in 4K dedicated to Murillo, in a tribute on the occasion of the 400 anniversary of the Sevillian painter.

Marcos Hernandez, co-author of the documentary, has presented a fragment of it, which can be enjoyed in the Demo Area of the 4K Summit until Friday 9 in the Digital Content Hub of Malaga.

Another new feature of this year’s RTVE in 4K has been the recording at 100 frames per second of the report on the Spanish athletes of Rhythmic Gymnastics.

Adolfo Muñoz, director of the Broadcast and Networks Area of RTVE’s Innovation Area and Miguel Ángel Bona, head of the DTT and Satellite Planning Unit, showed a fragment of the report and explained the characteristics of its recording, one of the first made in Europe at 100 fps.

The 4KSummit 2018 continues this afternoon with a more international staff than ever. Hiroyasu Masuda of the Japanese NHK, Colin Jackson of the British BBC, Alfonso Carrera of Fraunhofer and Yannick Dumartineix of Radio Télévision Suisse will be some of the people in charge of putting an end to the first day of one of the biggest international events on 4K-HDR technology.