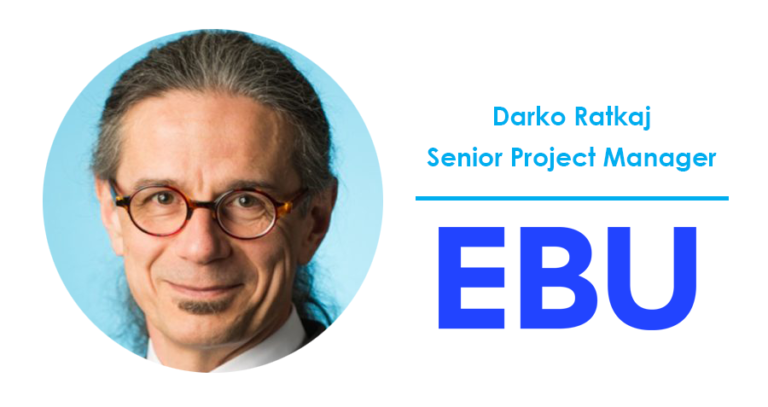 EBU JOINS THE 5GFORUM OF MALAGA

The EBU (European Broadcasting Union) will participate in the opening day of the 5GForum, which will be held at the Digital Content Hub in Malaga on April Wednesday 24 and Thursday 25.

The 5GForum in Malaga is the main event in Spain specifically dedicated to 5G, and the top experts and companies interested in this new broadband technology, whose aim is to enable new services to consumers and business users.

Darko Ratkaj, senior Project Manager of EBU’s Technology and Innovation Department, will be the speaker in charge of sharing with the 250 exclusive attendees of the 5GForum the activities that public televisions from all over Europe are developing for the 5G in collaboration with industry partners.

Ratkaj will explain EBU’s commitment to 5G, which they hope will enable broadcasters to produce their content more efficiently and become a new distribution platform for their services in the future.

For the EBU, it is very important that Cloud Service Providers (MSPs) comply with future technical and operational requirements, as well as their regulatory obligations, and that they take due account of the current evolution of 5G, in particular in 3GPP standards.

It is also important for EBU to test 5G networks to verify that these requirements can be met under real conditions.

The participation of Darko Ratkaj and EBU, together with other speakers that will be announced in the coming weeks, fulfills the commitment of Medina Media Events, organizer of the event, that the 5GForum will internationalize its contents and speakers to become a technological meeting of reference in Southern Europe.

The 5GForum in Malaga, which is being held just two months after the Mobile World Congress, aims to consolidate itself as a meeting point in Spain where each company’s novelties can be presented to a highly specialised public, whose messages are often lost in the frenetic and multitudinous event in Barcelona.

Until March 22 the organization has opened an offer period for registrations with discounts of 100 € on the official rates. In addition, those attending the 5GForum will be able to enjoy a 30% discount on their AVE tickets.