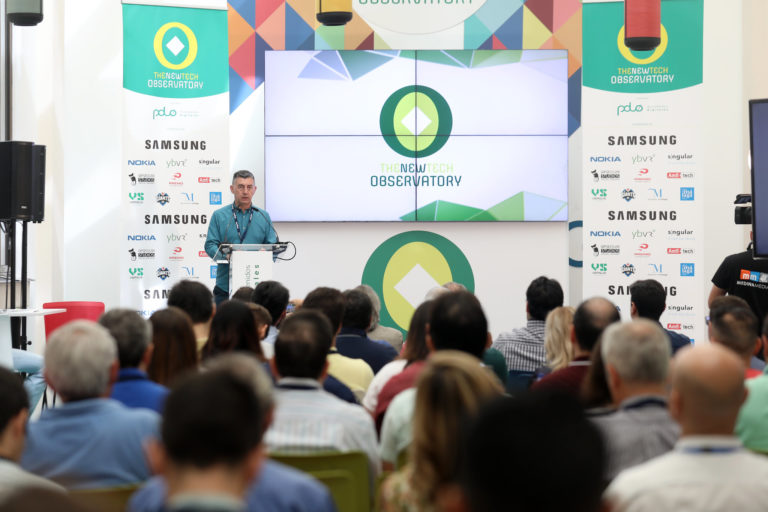 ARTIFICIAL INTELLIGENCE, ESPORTS AND VIDEOGAMES, FOCUS OF THE THIRD EDITION OF THE NEW TECH OBSERVATORY IN MALAGA

The third edition of the NTO (New Tech Observatory), that organized by Medina Media Events will be celebrated again in the National Hub of Digital Contents of Malaga on July 17 and 18, will put this year its main focus on Artificial Intelligence (AI), Videogames and eSports.

The Observatory consolidates its line of growth as the most relevant event in Spain for the multidisciplinary knowledge of the advances in the New Technologies, in front of the big shows of videogames, eSports and meetings of different disciplines that only approach the novelties in vertical in one sector.

The goal NTO is to offer a panoramic view of the national and international novelties that are produced every year in New Technologies such as Artificial Intelligence, Video Games, eSports, Virtual Reality, Augmented Reality, 360, Serious Games, etc.

Although the official agenda will not be made public until one month before the event, the level of the Malaga Observatory already last year included the participation, among others, of NASA, the University of Cambridge and the Olympic Channel. And this year will be no less.

In the 2018 edition, attendees were able to learn about the applications to Medicine and Surgery that are already being carried out at the Gregorio Marañón Hospital in Madrid, at the Virgen del Rocío Hospital in Seville and at the University of Malaga.

At the Observatory, attendees will have the opportunity to learn first-hand about different success stories of Spanish and international companies that are invited each year to attend the Auditorium of the National Hub of Digital Content of Malaga.

This year’s New Technologies Observatory (The New Tech Observatory) coincides with the “Video Game Week” in Malaga, which is held from July 12 to 21 and has its greatest exponent in Gamepolis, considered the best video game fair in southern Europe, which now reaches its seventh edition and which last year attracted more than 52,000 young visitors.

Among the large number of activities to be carried out, the presence of international companies in the sector such as Nintendo stands out. In the Plaza de la Marina in Malaga will be installed several tents and a stage where visitors can participate in different activities. Also present will be the ‘Nintendo Swith Truck’, a two-storey trailer where competitions, contests, raffles and exhibitions will be held, among many other activities.