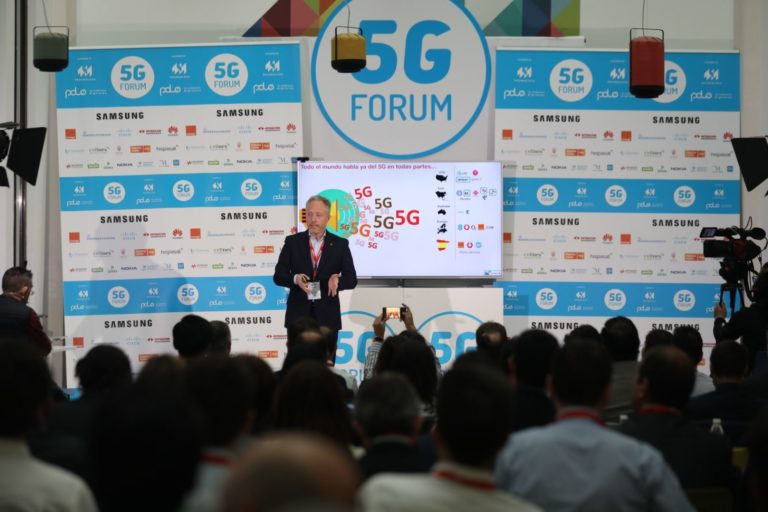 5GFORUM: THERE WILL BE A THIRD EDITION IN MAY 2020 AFTER THE SUCCESS OF THE EVENT

AFTER THE SUCCESS OF THE SECOND EDITION OF THE 5GFORUM IN MALAGA, THE ORGANIZATION OF THE MAIN EVENT SPECIALIZED IN 5G IN SPAIN, WILL HOLD ITS THIRD EDITION ON MAY 6 AND 7, 2020

The second edition of the 5GForum culminated yesterday in the Digital Content Hub of Malaga after two intense days of debate where experts from more than 20 countries have shared their experiences in this new technology and were placed for the third edition announced for 6 and 7 May 2020.

Ricardo Medina, CEO of Medina Media Events, organizer of the event, announced in the closing of the 5GForum the dates for the third edition of the meeting (May 6 and 7, 2020), in which experts, companies and multinationals from all over the world of the 5G meet “in family” two months after the MWC in Barcelona. 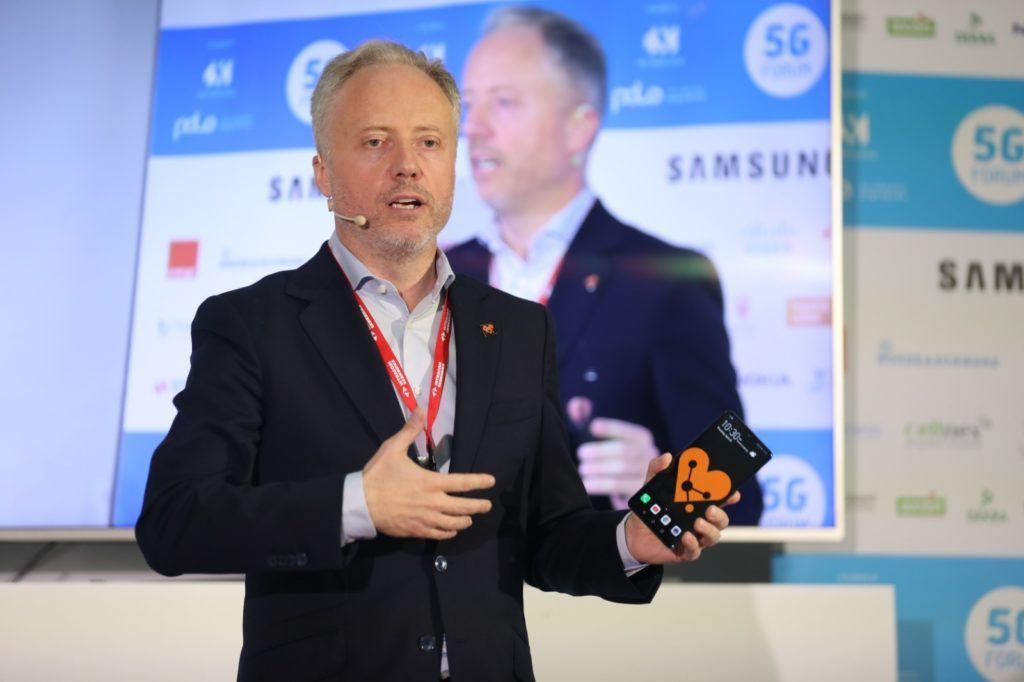 The most impressive moment of the second edition of the 5GForum in Malaga was the keynote of Orange and Huawei of the new terminal Huawei Mate 20X, which will begin to be marketed in a few weeks in China.

In the opening speech of the second day, Tomás Alonso, Head of Product Engineering of Orange, gave the great surprise to present the device, which could then be tested by the 250 exclusive attendees to the event organized by Medina Media Events. 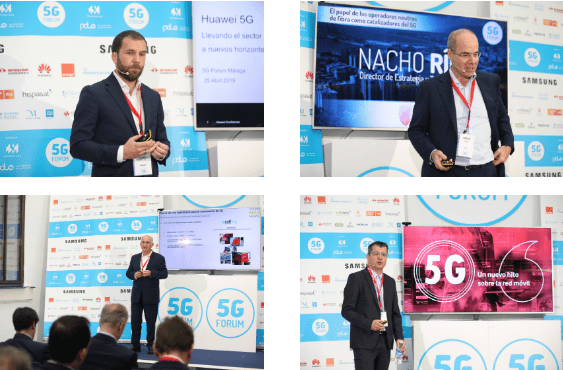 The morning continued with keynotes by David Cáceres, Weu Cloud Solutions Responsible de Huawei; Nacho Ríos, Director of Strategy and Transformation of lyntia; and Javier Fernández-Amigo, Head of Admin. Projects of MásMóvil, completing the presence of the four major Spanish operators in the 5GForum.

Another of the highlights of the meeting was when Javier García, H.O. RAN Optimization of Vodafone, unveiled the most important developments of the pilot project that the British multinational is going to develop in Malaga and Seville.

According to the economic newspaper Expansión, in addition to Vodafone’s 5G pilot in Andalusia, Telefónica will develop its great pilot bet for 5G in Galicia, although the official confirmation by the Ministry has not yet taken place.

Javier Gutiérrez, Telefónica’s Director of Network Strategy and Development, has already advanced some of the cases that the Spanish multinational is going to experiment with 5G in Galicia during the first day. 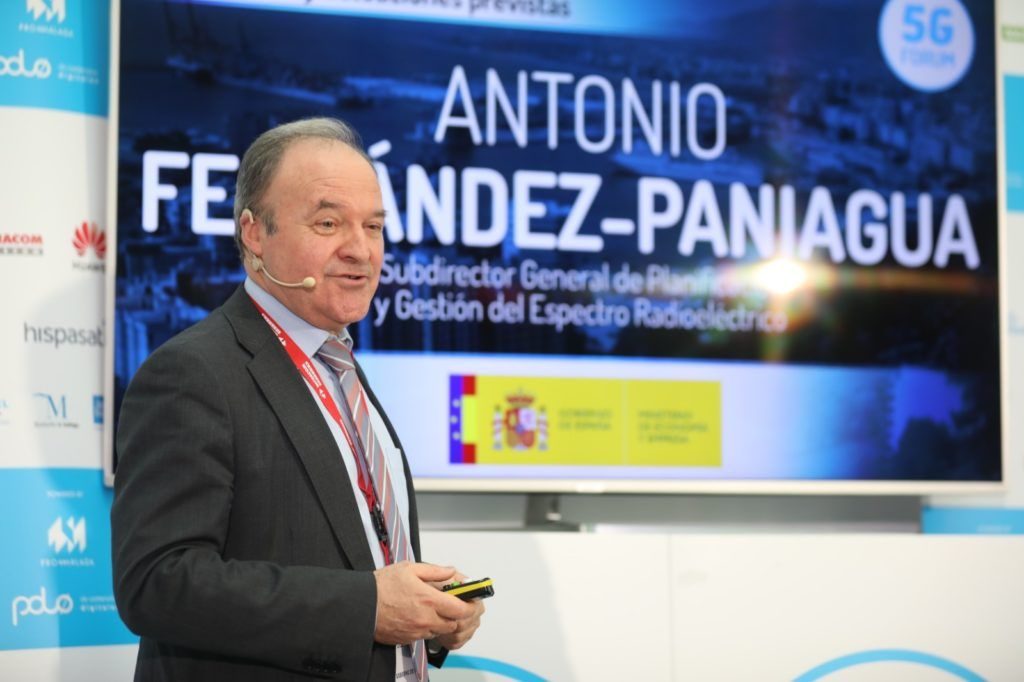 The keynote by Antonio Fernández-Paniagua, Deputy Director General of Radio Spectrum Planning and Management of the Ministry of Economy and Business, was one of the most eagerly awaited, due to the expected resolution of the pilot projects of the 5G National Plan.

Fernández-Paniagua stressed that “the national 5G plan aims to place Spain among the most technologically advanced countries” and that “we are currently working on the defragmentation of the band, so that all operators can make optimum use of the advantages of 5G”.

Pedro Merino, Technical Director of the pan-European 5GENESIS project, in which 29 partners from 12 countries are involved, explained what his project consists of, which will deploy 5G in the centre and at the University of Malaga. 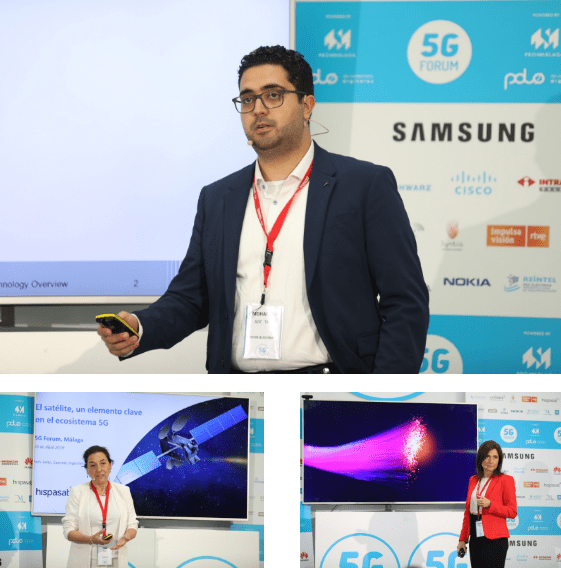 Taga explained the different use cases that Rohde & Schwarz is developing, especially in Germany, in different fields such as connected cars, broadcasting services, virtual experiences, etc.

For her part, Inés Sanz explained the importance of the satellite for the 5G in those places where the terrestrial fiber is not able to reach, and Cristina Peñas shared the spirit of preparation that all the agents involved in the 5G are developing. 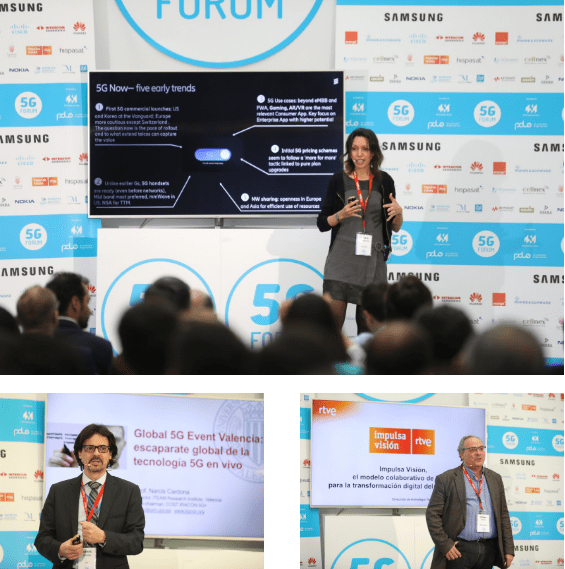 The evening session of the second day of the 5GForum began after a “Networking Lunch” offered by Sabor a Málaga “El Sabor que nos une”, with presentations by Narcís Cardona, director iTeam of the Polytechnic University of Valencia (UPV); Somaya El Marrakchi, Head of Networks in Iberia by Ericsson; and Esteban Mayoral, Head of the Management Unit of the Impulsa Visión Innovation Centre of RTVE. 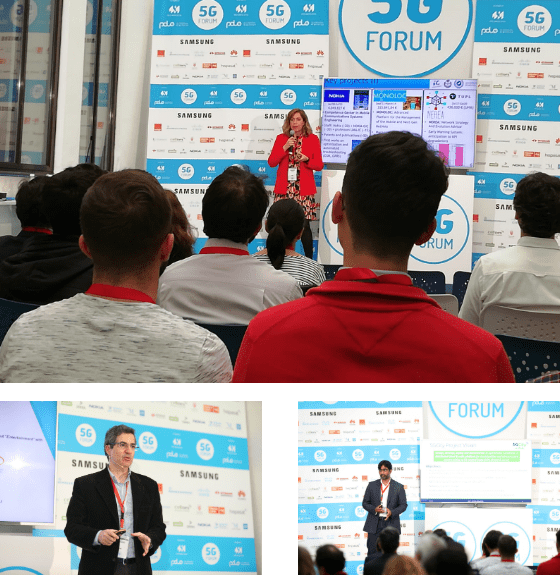 The 5GForum of Malaga ended with a block of keynotes dedicated to presenting projects linked to Spanish and European universities with the interventions of Raquel Barco, Vice Chancellor Smart-Campus of the University of Malaga (UMA) who spoke about ONE5G; José Manuel Menéndez, Professor at the Polytechnic University of Madrid (UPM), who presented the 5GMEDIA; Shuaib Siddiqui, Deputy Project Coordinator of i2Cat, who spoke about the 5GCity project; and Almudena Díaz, professor at the University of Málaga (UMA), who presented the NRG5 project.

Beer VICTORIA of Malaga was responsible for putting the final touch to the second edition of the 5GForum, with a “Happy Hours”.