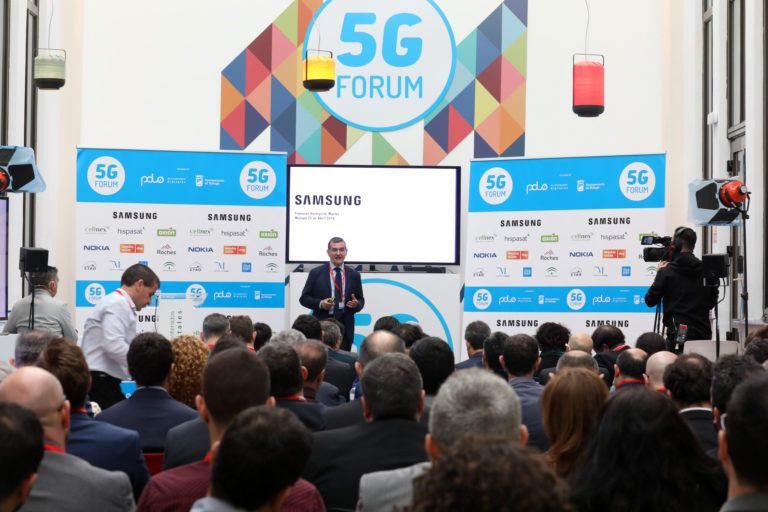 5GFORUM: THE 5G REVOLUTION IS HERE

The mayor of Malaga, Francisco de la Torre, the Minister of Employment, Enterprise and Trade, Javier Carnero, and the Director General of Red.es, José Manuel Leceta, inaugurated yesterday the 5GForum.

The 5G Forum started yesterday in the Digital Content Hub with the visit of the Mayor of Malaga, Francisco de la Torre, the Minister of Employment, Enterprise and Trade, Javier Carnero, and the Director General of Red.es, José Manuel Leceta. Together with other Authorities, they visited the Demo Area of the 5GForum, where they could see the car connected to the Automotive Technology Center of Galicia (CTAG) and the experience of video capture in 360 degrees transmitted in real time presented by Nokia. 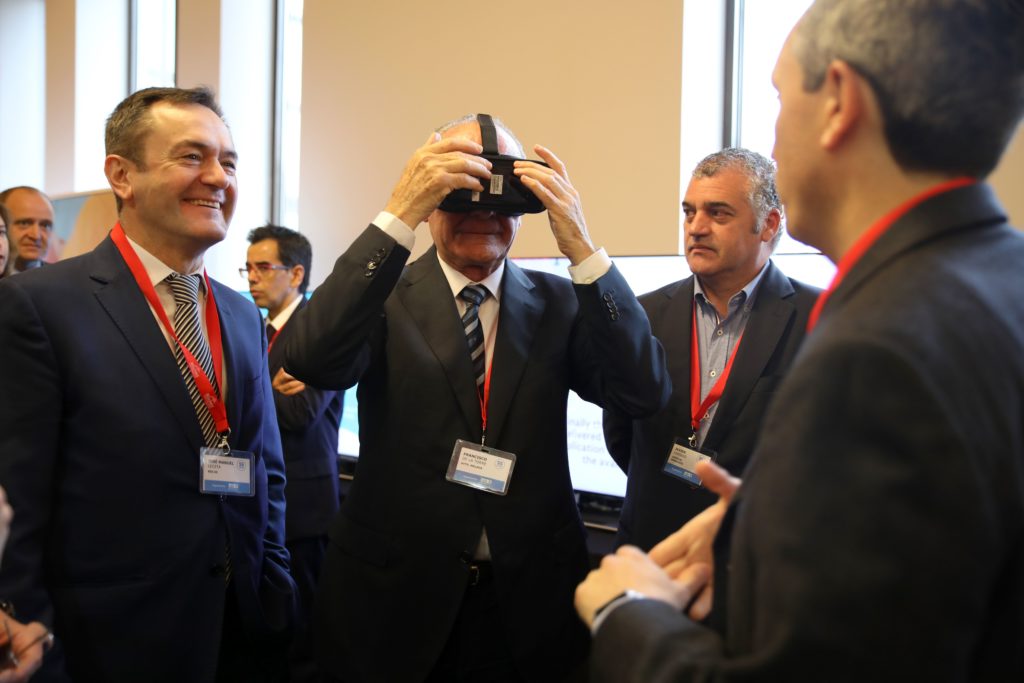 Francisco Hortigüela, Director of Institutional Relations, Communication and Corporate Citizenship at Samsung Spain, was in charge of opening the session and explained the importance of 5G for unlimited data and even for driving a car in the immediate future.

For his part, Jorge Alberto Jiménez, Executive President of Axión – a national wholesale operator of telecommunications infrastructures and services – made a comparison between 4G and 5G. Jiménez sentenced that “the Fourth Generation still has life, however, the one that is about to arrive will live much more with us than its predecessor, since its possibilities are practically unlimited”. 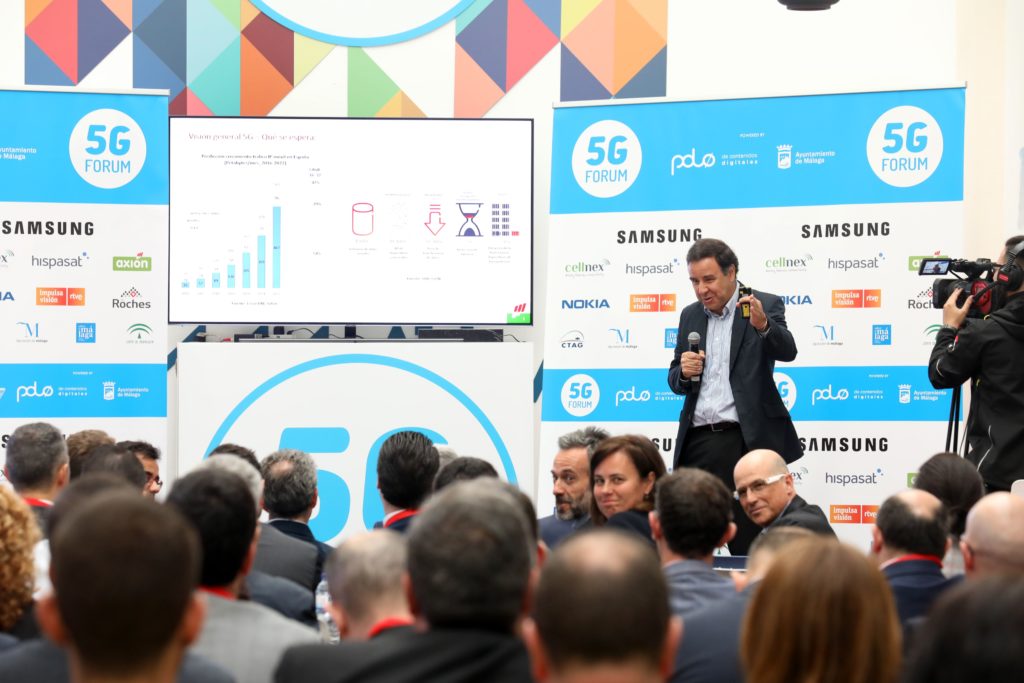 Inés Sanz, Head of Customer Engineering at Hispasat, for her part, contributed her interesting vision: “The 5G requires the inclusion of the satellite to get internet for everyone and anywhere. And the satellite is wireless, just like the 5G”. 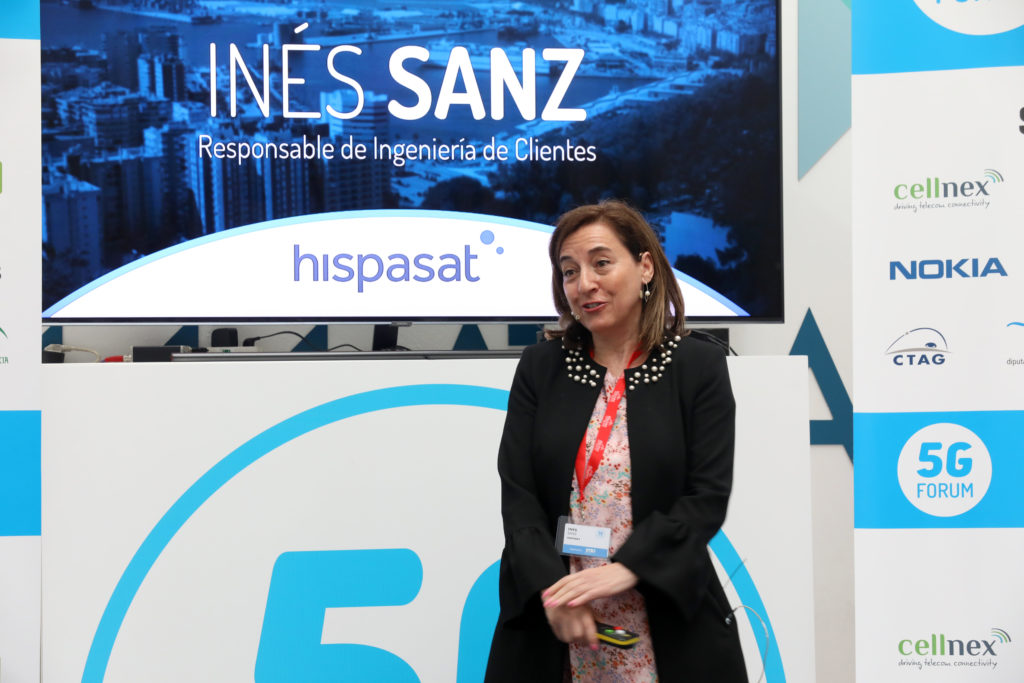 Óscar Pallarols, Director of Innovation and Product Strategy of Cellnex Telecom -main operator of wireless telecommunications infrastructures in Europe-, underlined the need for fiber to be able to use 5G and points out the speed of the technology: “When we see the first 5G in Spain we will already be talking about 6G”, he felt.

And the world premiere at the ‘5G Forum’ was given by the President of Nokia in Spain, Ignacio Gallego. Attention, because there is no waste: “We are going to leave the Earth. We will cover the Moon next year, in collaboration with NASA”…Wow! 2019 marks the 50th anniversary of the Apollo XVII space mission. What better way to celebrate this historic anniversary? 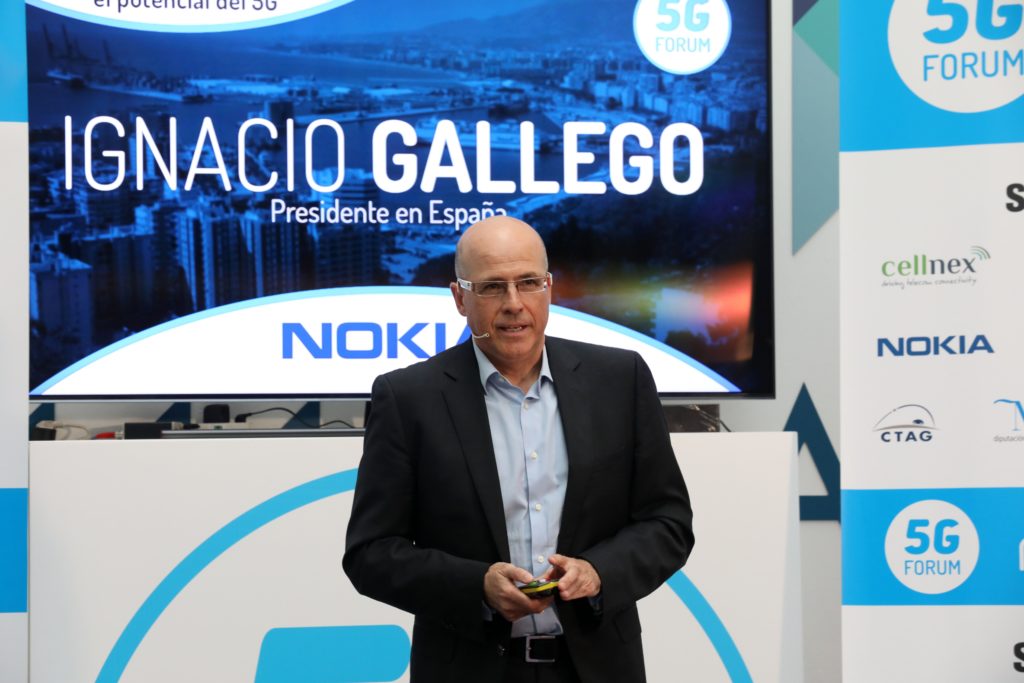 Javier Gutiérrez, Director of Strategy and Network Development at Telefónica, explained the process of adopting this technology being carried out by the Spanish operator. Because it must be remembered that the change in technology is going to be much more radical than the previous transitions.

Samsung returned in the afternoon to make an appearance on stage, hand in hand with Daniel Borrás, Director of Marketing and Business Strategy of Samsung Networks Europe, to say: “The 5G will mean the Fourth Industrial Revolution”.

Tomás Alonso, Heaf of Product Engineering of Orange, surprised everyone by saying: “If I want to see my daughter today, who is hundreds of kilometres away, with the 5G I will be able to see her and talk to her in real time through a hologram”.

The ‘5G Forum’ also covered on its first day the application of 5G Technology in emergency services. The Samur presented the “Smart Shirt” designed to save lives in emergencies thanks to 5G technology. This “Smart T-shirt” measures the heart rate through sensors that warn in case of arrhythmia to an ambulance, using the mobile phone using bluetooth, and in turn communicates the ambulance warning to the nearest hospital or convenient for the patient, without the need to go through a command and control center. 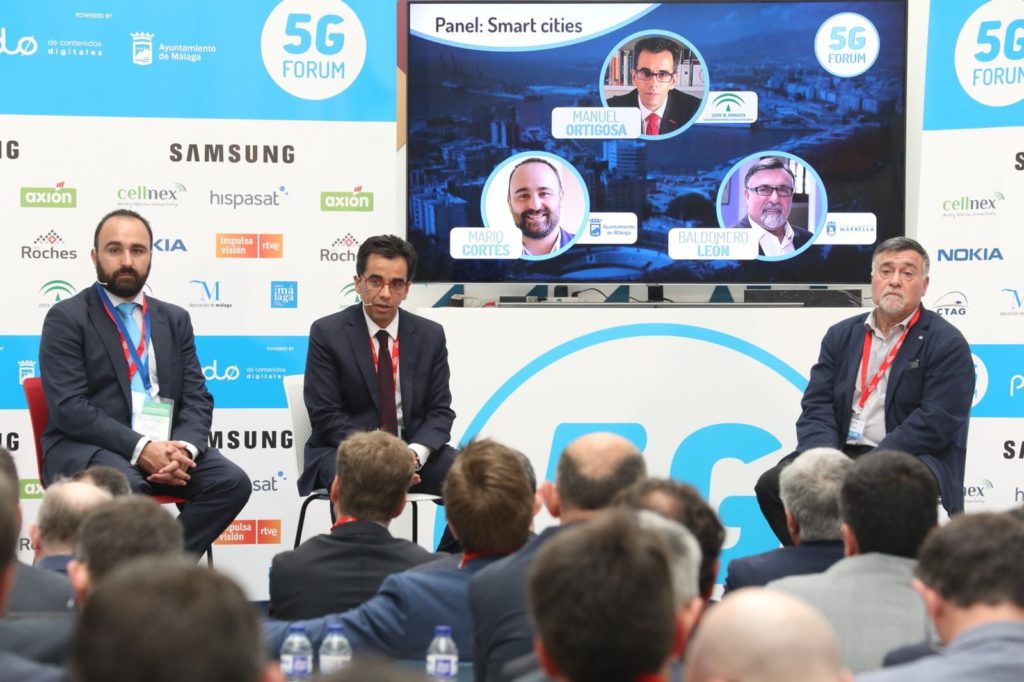 Manuel Ortigosa, General Director of Telecommunications and Information Society of the Junta de Andalucía; Mario Cortés, Councillor for New Technologies in the Málaga City Council and Baldomero León, Innovation Delegate in the Marbella City Council spoke about what are known as Smart Cities. Although there is no agreed definition of this, both companies, institutions and experts agree that they are those cities that are committed to improving the lives of their inhabitants and, at the same time, for sustainability. And the province of Malaga is very much at the forefront of this concept.

Narcís Cardona, Professor at the Universitat Politècnica de València (UPV), presented the application of 5G in biomedical engineering. “Imagine a surgeon remotely operating on his patient from the other side of the world”. This will soon be a reality with 5G.

The first day of the ‘5G Forum’ was classified by Juan Olivares, Director of VAS and Business Development for Europe of Onmobile Global Ltd. Olivares made a commitment to video games on the mobile as a great revenue generator for companies in the sector, as a result of the infinite possibilities that video games will have with the arrival of 5G.